Maybe I Should Just Shut Up and Go Away!

This Autographed Hardcover Edition of Maybe I Should Just Shut Up and Go Away! has been personally autographed by Neal Boortz and includes a deluxe leather collector's box. Exclusively Made Available at PremiereCollectibles.com. 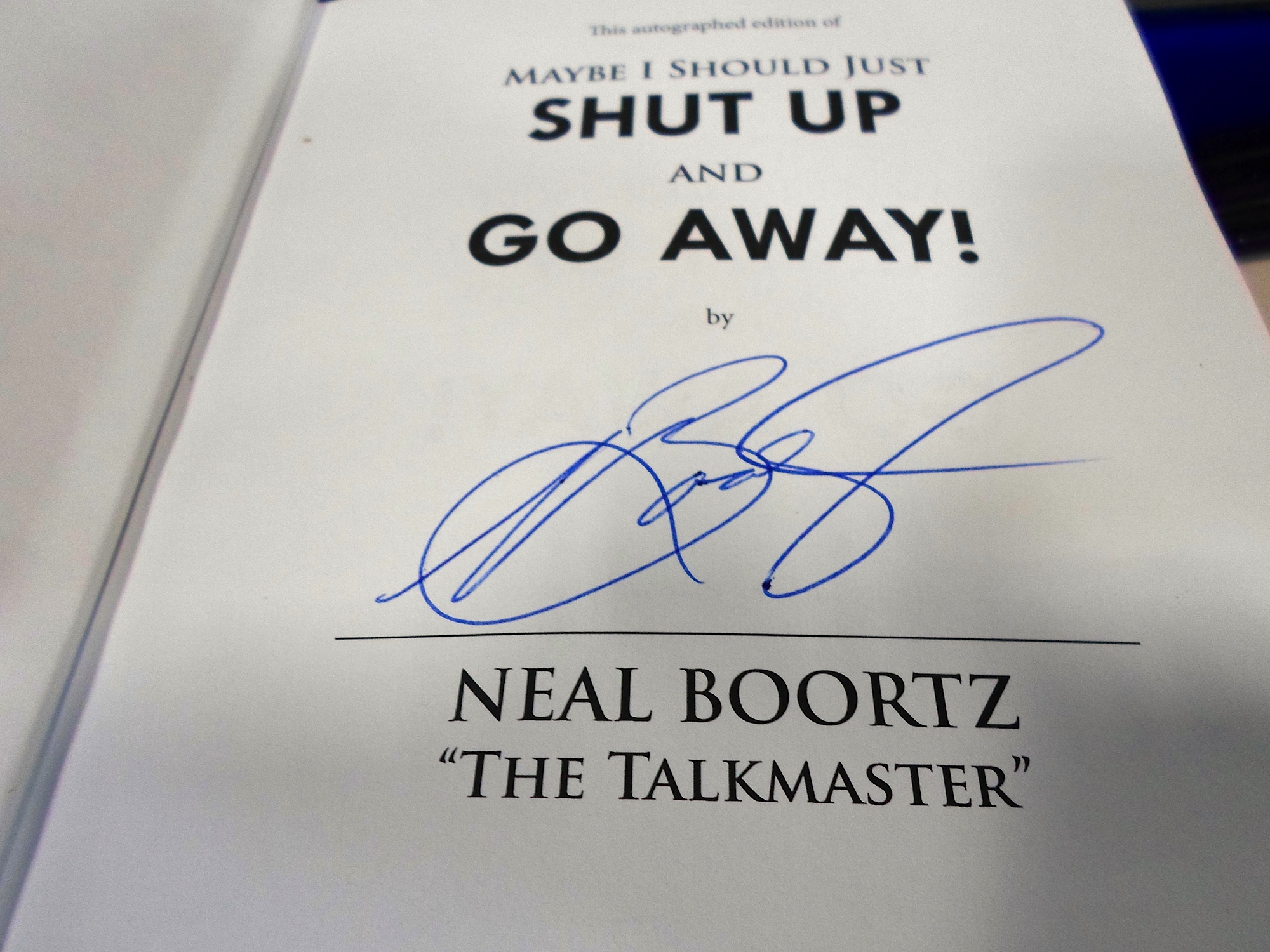 For 42 years, nationally syndicated talk radio host and NYT bestselling author Neal Boortz has been entertaining, aggravating, enraging and captivating radio audiences. In his memoir, Maybe I Should Just Shut Up And Go Away, he looks back across the decades and shares the often-hilarious reality of what happens behind the scenes when you’re a talk radio icon. Longtime friend with national radio greats Rush Limbaugh and Sean Hannity, he tells how those relationships began in the hot seat of competition. Tributes are included from Rush Limbaugh, Sean Hannity, Home Depot Founder Bernie Marcus and 2012 presidential nominee Herman Cain. Though early predictions by those who knew him in his youth cast Boortz as a sure prospect to become a preacher, he took a different route to educating the masses. Longtime listeners are certain to become enthusiastic readers as Boortz finally tips his hat to more than four decades of teeing up controversy, political education and general entertainment for audiences across the country to enjoy—and tells all they’ve been wanting to know but couldn’t get anyone to share until now.

For 42 years, nationally syndicated talk radio host and NYT bestselling author Neal Boortz has been entertaining, aggravating, enraging and captivating radio audiences.  His book, The FairTax Book, debuted at #1 on the New York Times Bestseller List.  His fourth book, Somebody's Gotta Say It, debuted at #2 behind only Barrack Obama's book, The Audacity of Hope.

I use to listen to him every day. I loved his show. He, being a libertarian, gave equal blasting of both the Repblicans and Democrats. He told it like it is and many people don't like hearing the truth. His categorizing of the people in this country as the "Dumb Masses" is exactly right. I have never seen a group of people so ignorant of their country's history and the basic understanding of our constitution. Neal lays it all out in a funny way. The book is a compilation of his 42 years on talk radio and it is hilarious. -Jimmick

I had to get this since Neal is leaving the airwaves for the comfort of the Boortz Bus. It's filled with a whole bunch of things I never knew like his set-to with his "highness" Bill O. and hubcaps, other talk show hosts and how they started.
I do have to warn you, be very careful about drinking anything while reading this book. Several times I almost sprayed my IPad with coffee or soda I laughed so hard. Just look at the section on distracting a talk show host while he's on the air. Having done something like that to a "talk jock" years ago I can relate.
Hopefully he'll decide to pen more of his memories at some point, way to make history FUN! -Jim